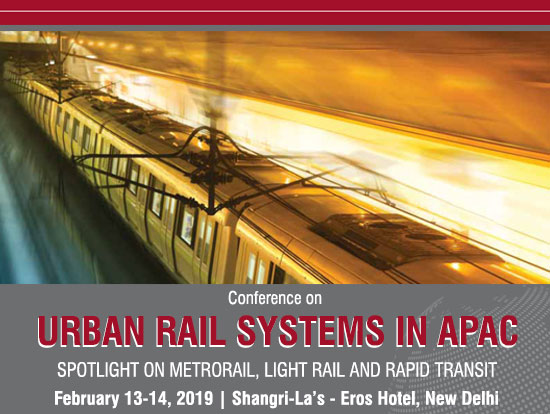 Global Mass Transit provides information on all key developments, trends and issues in the sector. It tracks major projects, contracts and investments. It profiles leading mass transit authorities/operators and discusses their strategies. It reports on regulatory initiatives and examines their implementation. It provides the latest available data and statistics. It also features the views and perspectives of experts and top industry players.

Nestled in the heart of the capital, Shangri-La’s – Eros Hotel, New Delhi, is one of the finest and most eminent five-star hotels in the city. Enjoy the hotel’s sprawling lawns and timeless architecture, inspired by the work of Edwin Lutyen, one of the greatest British architects of the twentieth century.

KEY ISSUES TO BE EXPLORED

Prominent speakers who are attending the conference include:

The event is expected to draw participation from executives, managers and decision-makers from: