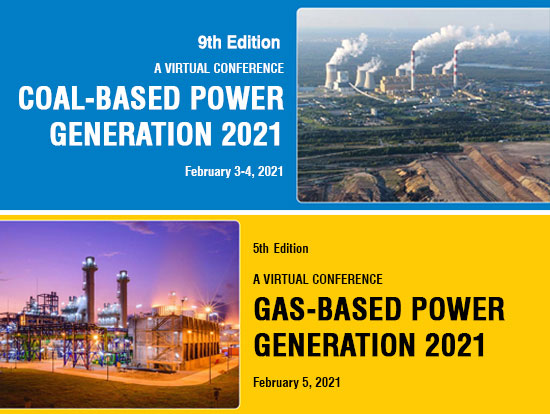 For registration process/payment to attend any one conference, please contact:

The conference is being organised by India Infrastructure Publishing, the leading provider of information on the infrastructure sectors through magazines, newsletters, reports and conferences. The company publishes Power Line (India’s premier power magazine), Indian Infrastructure and Renewable Watch. It also publishes a series of research reports including Coal-based Power Generation in India, Mining in India and Mining Equipment Market Projections. The company also publishes Power News (a weekly newsletter), the Power Line Directory and Yearbook, and the Mining Directory and Yearbook.

The conference is being organised by India Infrastructure Publishing, the leading provider of information on the infrastructure sectors. The company publishes Indian Infrastructure (a magazine on infrastructure policy and finance), Power Line (India’s premier power magazine) and Renewable Watch (magazine that covers the entire spectrum of renewable energy). It also publishes the Gas in India report, Oil & Gas News (a weekly newsletter), and the Oil & Gas Directory and Yearbook.

Owing to the significant improvement in power demand post the Covid-19 outbreak, the coal-based power generation segment is showing signs of recovery. Headline numbers, including PLFs and generation, have witnessed an improvement in the past couple of months. Coal-based generation grew (month-on-month) by 10 per cent in September and over 14 per cent in October this year, while PLF improved by 600 basis points in October over the previous year.

To recall, the coal-based power generation segment was one of the most impacted segments following the outbreak of the pandemic in March. The must-run status of renewable power plants had resulted in a sharp fall in PLFs of the already stressed coal-based power plants as discom demand plunged. Also, the states had halted the payment of fixed charges to gencos by invoking the force majeure clause. Subsequently, a liquidity relief package was announced as part of the stimulus package to help discoms clear the pile-up of outstanding past receivables to gencos.

The coal-based segment also continues to face a number of challenges. There are 30-40 GW of stressed assets in the system and their resolution remains slow despite efforts by lenders and the government. Further, the pandemic made it difficult for resolved stressed assets to generate adequate cash flows.

Another challenge that coal-based units have to prepare for is flexible operations. Coal-based plants will need to transition their operation regimes from baseload to cyclic as more renewables are integrated into the grid. This implies that plant components will not only deteriorate at a faster rate, but there will also be higher O&M expenses due to the reduced life of components, additional costs owing to an increase in the heat rate and auxiliary power consumption, and an increase in oil consumption on account of frequent start/stops. Further, the increasing ramp rates will add to expenses.

The segment is also facing challenges in meeting the MoEFCC’s emission norms. Only four units totalling 1,740 MW have commissioned FGDs, which account for 1 per cent of the targeted capacity. This is extremely low as compared to the phased implementation plan that requires implementation in plants aggregating 5.44 GW by 2019 and 31.77 GW by 2020. Further, with supply chain disruptions owing to Covid-19, a number of FGD projects have been delayed or have fallen behind schedule. Meanwhile, in another setback for the segment, the Supreme Court has rejected a request by power producers to extend the deadline to install emission control equipment by two years to 2024.

Another challenge for the segment is to manage the performance of old and vintage units as well as tighter O&M regimes especially in the post-Covid business environment. In view of this, deploying digital solutions through a suite of applications such as IoT, analytics, AI and digital twins can help the coal-based power generation industry undertake predictive maintenance and data-driven business decisions.

The mission of this conference is to analyse the key challenges facing the coal-based power generation segment, understand the impact of Covid-19 on operations and projects, and highlight the solutions and strategies relevant in the post-Covid scenario. The conference will also examine the key recent developments, compliance with the emission norms and role of flexibilisation. The conference will also showcase the best practices in O&M and emerging technology and equipment solutions for digitalisation.

Marking a deviation from the previous year’s trends, gas-based power generation reported an improvement in the first two quarters of this fiscal. Generation improved by 13 per cent, while average PLFs increased marginally to stand at 26.2 per cent as against 23 per cent in the past year owing to the softening of LNG prices leading to greater import by gencos.

Owing to the lack of domestic gas availability and a policy lacuna, about 25,000 MW of gas-based power plants are currently under-utilised. Meanwhile, around 15 GW of installed capacity is stranded. Reviving these plants using imported R-LNG costs for these plants is seen as prohibitive.

Previous attempts to revive the segment have seen limited headway. Under the e-auction scheme, which was launched for financial years 2016 and 2017, only a few plants were able to operate. As such, the total generation under the scheme was less than that quoted by the bidders. Also, due to sufficient power in the country, many states refused to sign PPAs with gas plants resulting in a lower participation. More recently, under the ongoing RTC bundling scheme for renewables, gas-based power await clarity on their inclusion under the scheme as they are better suited for balancing renewable energy.

Despite the headwinds that the segment is facing, the use of gas-based power, especially combined-cycle plants, in balancing growing renewables is being relooked at by grid operators. Gas-based power plants are expected to provide peaking support instead of flat generation round the clock in a high renewable scenario as the country looks to add 175 GW by 2022.

While there are other sources for meeting the peak power demand, including storage-based hydropower plants, thermal storage and battery storage systems, gas-based units, both open cycle and combined cycle, require the least amount of time for start-up and the least amount of energy per megawatt. Further, using a combination of digitalisation and advanced analytics can help them improve their performance and adapt to the changing requirements.

That said, there are a number of strategies and steps required to address the segment’s challenges. Apart from priority allocation of domestic gas, policy and regulatory support would be needed with regard to the scheduling mechanism; modifications in gas supply contracts for providing flexibility to power producers in terms of gas delivery rate and time and suitable compensation mechanisms to support the peaking operation of gas stations; and modifications in the operating norms.

FOCUS ON EMISSION CONTROL AND AQCS

The conference is targeted at:

The conference is targeted at top- and middle-level managers from: